Hi All,
I am unable to run the pipeline because of the below errors - even though I added the needs on the specified job… here is what my pipeline looks like.
This seems to be a bug, not sure if the extends keyword is causing the problem, the problem started after adding the extra rule

Here are the error details and screenshots. 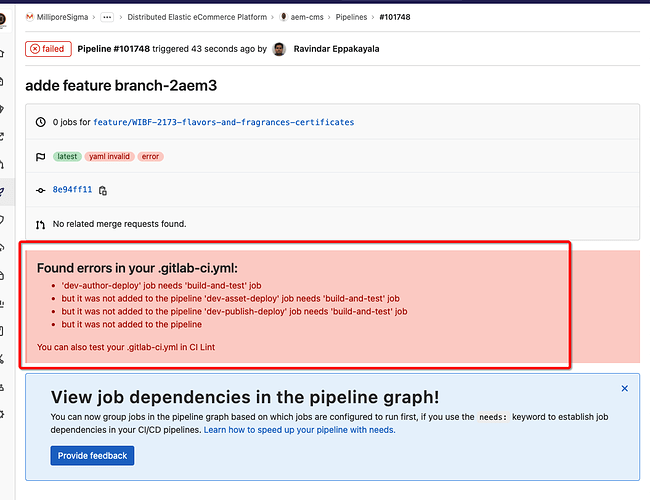 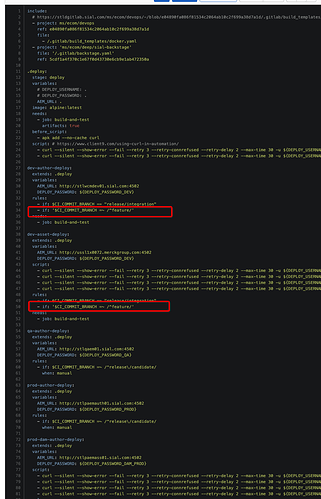 Found errors in your .gitlab-ci.yml:

I have tried in lint - the syntax looks correct and no errors.

Please suggest how to fix this type of error.

you have issue in the jobs dependency. If your job depends on some other job that job must be in pipeline.

Like the error says your job build-and-test is not added to the pipeline most likely, because it is missing the same rule as the dependant jobs. You need to make sure job build-and-test also has the rule - if: '$CI_COMMIT_BRANCH =~ /^feature/'

Hi @Peter,
Thank you so much for the response and appreciate it.
Yes after adding the same workflow rule into the dependency job as you suggested, the pipeline started working as expected.

Able to communicate to the target server after copying the public key.