Ever since I upgraded to Gitlab CE 15.7.0 on RHEL7 the branches on the main project page are ordered alpha-numerically instead of “latest pushed.” I can’t find where there’s a setting to order the branches by latest push. Is there a setting somewhere that controls the ordering of branches? It’s much more useful to see the branches ordered by ‘latest’.

See attached screenshot, from the main dashboard and change from Name to Updated Date. 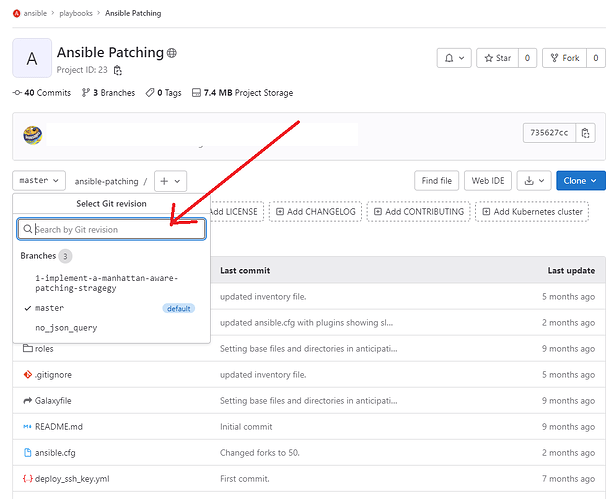 Hmm, I don’t believe there ever was the ability to sort by branch. I don’t see such option, since I used Gitlab from 12.x versions. I could be wrong though.

That said, under Repository → Branches from the side menu, does show branches from updated date but there is no option to configure it there either.

Perhaps this was a “just worked” feature. For the last year, my gitlab server sorted the branches by “last pushed” with the newest at the top. It was quite useful as most of the time, I’m interested in selecting the latest-changed branch.

I have the same phenomenon as you.
In version 15.6.2, it was available in the order of updates, but in version 15.7.5, it was only available in alphabetical order.
There is no description of the content in the patch note, but it seems to be a stealth patch.

For me it is also the case that I am missing the previous behavior, like @bschonec described with branches ordered by last committed in main project page.